Ellen Arrowood Gaines grew up outside Baltimore City, Maryland, where she was born.  After earning degrees in English, theatre, and education she began her teaching career.   In addition to Baltimore, Charlottesville, and Washington, DC, Ellen spent 13 years at an independent school in Concord, Massachusetts. It was there that she began her lifelong interest in all things “Concord,” from Revolutionary history to literary genius of the Transcendental Movement.  Its noted authors, especially Henry David Thoreau, became the voices that gave rise to her central character Elliott Clinton Rat and his adventures in that New England village.

During her tenure in education, Ellen developed integrated curriculum that embraced all disciplines and used historical context to connect math and science, literature, art, and religion into a holistic understanding of the human condition.  A good lesson from her point of view was when a student would ask, “So, is this English or history class now?”  Her students wrote plays, short stories, poems, and analytical essays about all subjects.  They used media to examine topics for debate and public speaking.  They respectfully critiqued one another’s work and enjoyed an open and supportive learning environment.

Today, Ellen lives in the countryside outside Baltimore with her husband Ray, two springer spaniels named Bernadette Star and Josephine Happy, and a large furry cat named Knackers.  She tutors and devotes full time to writing.  Her first book, The Adventures of Elliott Clinton Rat, III:  My Journey on the Merrimack and Concord Rivers, is dedicated to her brother Clinton Arrowood whose last drawings before his death inspired the novel.  Its sequel, Elliott’s Life in the Woods, picks up where Elliott ends his “journey” at Walden Pond, next to a cabin, near the Village of Concord, in the fall of 1845.  In it, Arrowood’s drawings continue to elicit the themes of Thoreau; his love of nature and curiosity for intellectual pursuits, his individualism, his warmth of friendship, and his ability to see the interrelatedness of things.

Other on-going writing projects include short stories and poems and memoirs.  Another novel is in the offing, too.  Ellen is working on a series of mysteries that take place in Concord when Henry was a boy.  Murder in Estabrook’s Woods finds him, his brother John, and good friend Lizzie Hosmer deep in clues to unravel.  The story opens in the spring of 1827 with the discovery of a dead body in the woods off Carlisle Road, located between Concord and Carlisle, by the young Henry David Thoreau.  Realization washes over him, and he runs from the murder scene into the arms of his father, who stands outside the mill with his brother-in-law and two workers.

“It’s… it’s… it’s Mr. Jacoby, Father.  He’s… he’s in the wood.  My teacher is dead!” announces Henry to the astonishment of his brother and best friend Lizzie who have joined them and the other men.  Why would anyone kill his teacher?  And so viciously?

The Thoreau brothers and Lizzie become detectives who hope to reveal the truth about this unsettling event.  They are determined to find out about their teacher’s death and catch a murderer before he strikes again.  Ellen finds the fun in writing this story, as with Elliott’s saga, to be in the research.  A web is spun that dates to strange entanglements from the 1812 War, contraband, and betrayal on the docks of Boston Harbor.  She looks forward to pulling it all together in a fictional plot with young Henry traipsing about Concord and the woods to solve the mystery.  That’s what historical fiction allows – creating imaginative stories filled with sometimes unusual possibilities, giving dramatic life to the past.

Ellen’s inspiration for all this writing comes on long walks in the fields of home with two spaniels and a husband, who, despite his scientific and well grounded-in-reality perspective on life, allows her to babble on about this idea and that… And, he’s always there with tech support in the end to make it happen!

“Thank you Bernadette Star and Josephine Happy, and especially, Ray!  I love that you listen to me without judgement, just supportive woofs and uh huhs…  I like this writing life, and you give me the kind of encouragement that allows me scope for the imagination and time to put it all together.” 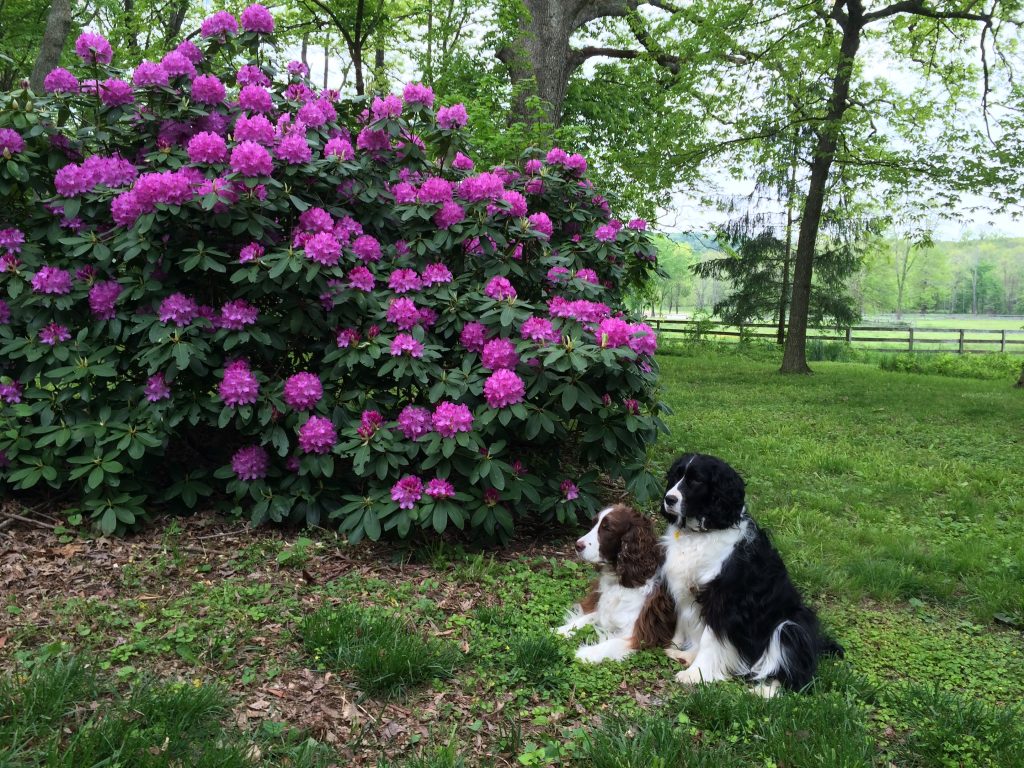